I was convinced I was going to be comic book artist. However , one day in the winter of ‘94, I suffered and accident…. I tripped and fell on top of into my birthday cake just as I was about to blow out the candles meanwhile the planets where lined up and coinciding with a lunar eclipse…..Then, at that precise moment, I understood that pie in the face was going to change my life for ever.

I hardly have time to clean my face from meringue… the same year I started to perfomance in the streets with different theatre companies (Zacatraca, Creativo Imprevisible, Trotamundos, Animasur, …).

In ‘96 I saw the firsts street shows in my home town. For Jaen this was something completely groundbreaking (Cia. Carambola, Antolío, Paco Pacolmo…), a new world full of possibilities was showing up right there for me… fascinated by this discovery and confiding in my passion for juggling , I felt inspired to take my chances in the street.

Using trial and error learning from audience reactions, I started to build up my first shows. From that moment on, the street becomed a creation laboratory , a rehearsal studio, a training ground for me.

From 2004 to 2009 I got involved in the Project “La Mona y el Boquerón”, an experimental circus and theatre project in Granada where most of my shows where developed.

In 2005 I created “Como una cabra”* (Mad as a hornet, crazy as a bat) a classical spanish goat show parody, where my character is defined every time more and it is becoming more present over the circus technique.

In 2007 I started working with Emmanuelle Chateaux. We created “Circo Badaboum”, a project where I abandon words and let body lenguage say it all.

Later on and fed by my last experience, I kept digging into non- verbal communication, being trained in mime technique at the International Circus and Theatre Institute CAU in Granada by Manolo Carambolas.

In 2012 I went back to the tightrope,a discipline I had been learning years ago. In order to perfect it I received Victor Sanchez (Circovito) lessons at CAU. As a fruit of that labour, “Do you remember?” was born, a show full of eccentricities and the deliriums of a well grounded character that allows himself a high dose of interacction and improvisation with the public . I did start with this show in 2013 along Spain, France and Germany. In May 2014 I win the VII Trebu Festival First Prize. 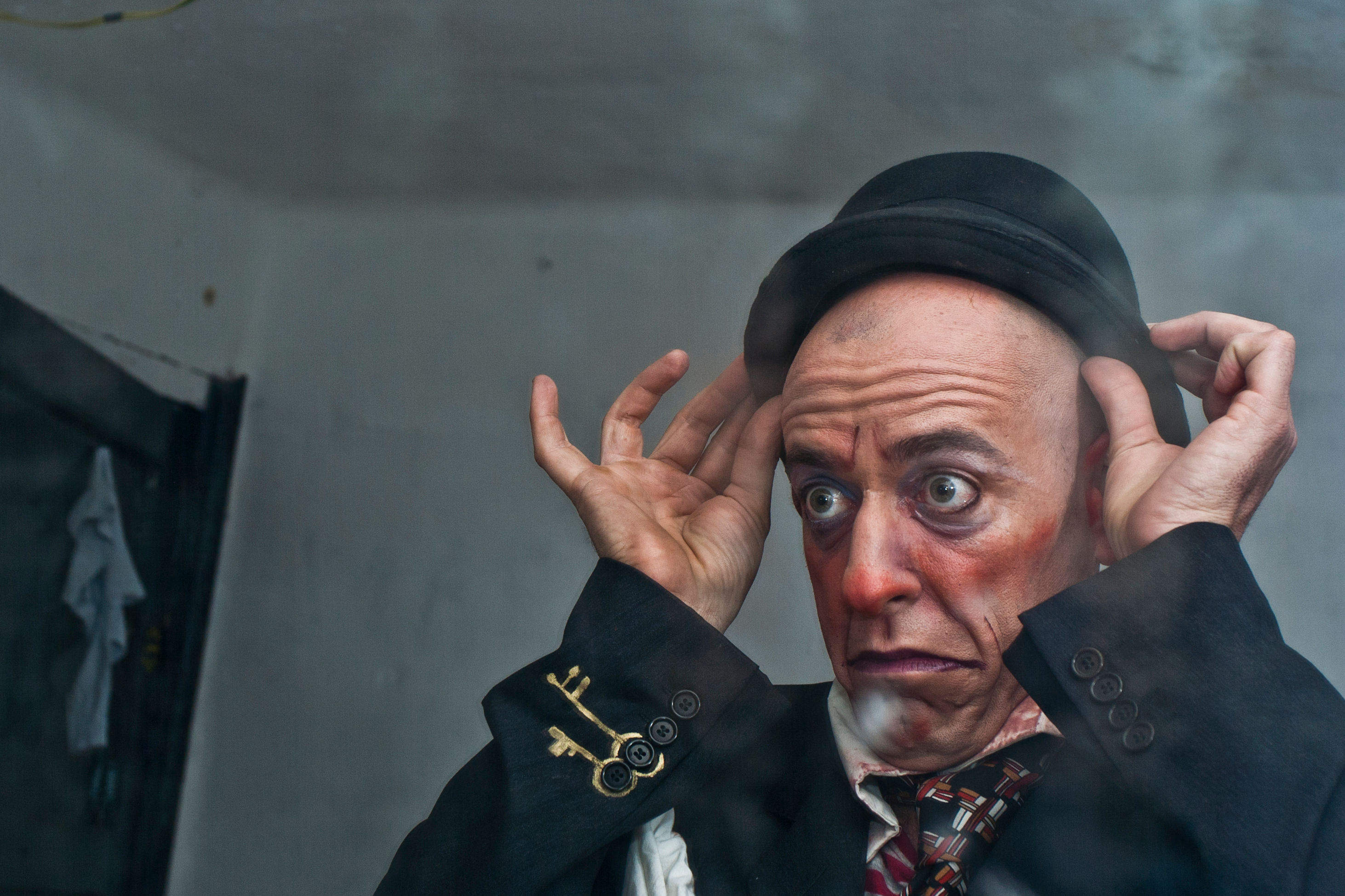